No to the climate-damaging exorbitant building!

The large aquarium is a burden on the climate and contradicts the goal of a 2,000-watt society: The operation alone consumes as much energy as 1,400 households. The Ozeanium is also furthering the destruction of the coral reefs. During catching and transport – mostly by plane – up to 80 percent of coral fish can die.

No to the financial risk for taxpayers!

There are already 6 other large aquariums within a radius of 500 kilometers. The "Aquatis" in Lausanne opened at the end of 2017 and already had 70,000 fewer visitors than planned in the first year. Even if the construction in Basel is financed by donations, a massive deficit threatens during operation. At that point, taxpayers will be asked to pay.

No to the impending traffic collapse!

The canton wants to sell the land for the construction under market price. Despite 500,000 expected visitors, the traffic impact was deliberately excluded from the submission: traffic problems are inevitable. The people of Basel are losing the opportunity for a valuable urban meeting place in the heart of the city.

No to 100 million Swiss Francs wasted for supposed environmental education!

The exorbitant building should sensitise for the "protection of the seas". But contemporary nature and animal protection looks different: 100 million Swiss Francs invested locally could ensure marine protected areas to be safe for many years to come!

8 ADDITIONAL REASONS WHY WE DO NOT WANT AN "OZEANIUM" IN BASEL:

Almost a third of the coral reefs have been destroyed. Also the "Ozeanium" in Basel would contribute to the weakening of marine ecosystems by removing coral reef fish from their natural habitat.

Almost a third of the coral reefs have been destroyed, and that figure will increase by 20% within the next 10 to 20 years (1).

Only about 25 species of coral reef fish, mostly anemones and seahorses, are able to breed in captivity (6). Of the more than 2,000 coral reef fish, and hundreds of coral species in captivity (8), almost all come from the wild (2). Only one percent of corals, especially soft corals can be bred (6). Even with species such as anemone, which can be cultivated, breeding does not cover the demand, (3) nor is it economically viable (4).

The "Ozeanium" will stock its aquariums mainly with animals from the wild.

There is still no concrete list of species of fishes, corals and invertebrate animals, which are going to be displayed in the planned "Ozeanium"!

[4] Vagelli A. A. (2011): The Banggai cardinalfish. Natural history, conservation and Culture of Pterapogon kauderni). Wiley-Blackwell.

According to scientific estimations, four out of five fish caught in the reef can die before they reach an aquarium.

According to scientific estimations, four out of five fish caught in the reef can die before they reach an aquarium.

On average, up to 80% of fish can die in fishing and transport.

Welfare in captivity is virtually impossible

Many fish in their natural habitats swim long distances, deep dive, hide in the reef or live in schools. In the confines of the aquarium, many fish injure themselves, develop behavioral disorders and display aggression.
Technical problems are a leading factor in the death of many animals in large aquariums. In November 2013, for example, 20,000 sturgeon died during a systems failure in the Tropenhaus Frutigen (Switzerland).

The "Ozeanium" project is by no means compatible with Basel's goal of a 2,000-watt society

The Ozeanium is not sustainable

As a member of the international umbrella organization for zoos and aquariums (WAZA), the Basel Zoo is committed to a nature conservation strategy: "All zoos and aquariums are increasingly sustainable, leave as little traces as possible in nature, and use natural resources without drifting." (World Zoo and Aquariums Nature Conservation Strategy 2005). However, as noted above, most of the fish and corals cannot grow, many having been caught in the wild before they are sexually mature and able to reproduce.

Pumps, water treatment, cooling and heating consume enormous amounts of energy. The Ozeaneum in Stralsund (Germany), for example, consumes roughly the energy of a small town with 10,000 inhabitants. The "Ozeanium" project is by no means compatible with Basel's goal of a 2,000-watt society.

The "Ozeanium" Basel pursues the principle "less space for more animals" against all current trends in animal husbandry.

The Basel Zoo prides itself on applying the progressive, animal friendly, and internationally accepted animal husbandry principle: "more space for fewer animals". This makes Thomas Jermann’s statement, Project Manager Ozeanium and curator Vivarium Zoo Basel, in the Basellandschaftliche Zeitung on 4 December 2012, very troubling:
"More animals will live in the Ozeanium than they have done so far in the Zoo Basel".

In an interview with Das Magazine on 19 September 2014, Olivier Pagan, Director of the Basel Zoo, said: "Together with allied zoos worldwide, we aim at producing thriving, genetically healthy breeding populations, so that we are independent of animals in the wild." The "Ozeanium" would contradict this goal, however.

What species are shown in the planned "Ozeanium"? Which originate from farms and which from wild catches? Can the "Ozeanium" project be realized at all without capturing animals from the wild?

Ethics, public morality and legislation are changing rapidly today. One hundred years ago, it was still acceptable to exhibit people from other cultures in zoos. In the 1980s only a few people were bothered by the small cages in zoos. Fish were not included in the Swiss Animal Protection Act until 2008. Only after the fatal incidents 2011 and 2012 in the Dolphinarium of the Connyland in Lipperswil (TG) an import prohibition for dolphins and whale species was decided.

Increasing restrictive rules on animal husbandry, as well as other trade restrictions and import bans are also likely for other animal groups. Large aquariums, however, are static facilities, hardly able to adapt to changes in the conditions of husbandry and import. This makes the "Ozeanium" a highly risky investment.

How does the zoo plan to take the risk into account as animal husbandry, trade and import regulations tighten?

The "Ozeanium" Basel is one of many and shows nothing new.

The "Ozeanium" is nothing new

The Zoo Basel is promoting the "Ozeanium" as an innovation. With no comparable institution within a radius of 500 km. Both statements iare false. Aquariums have been built for over 160 years. The Basel "Ozeanium" would be one among 150 other aquariums in Europe (see map). There are at least five other large aquariums (Lake Garda, Genoa, Lyon, Munich and Constance) within 500 km. The SEA LIFE in Constance is barely two hours away from Basel. 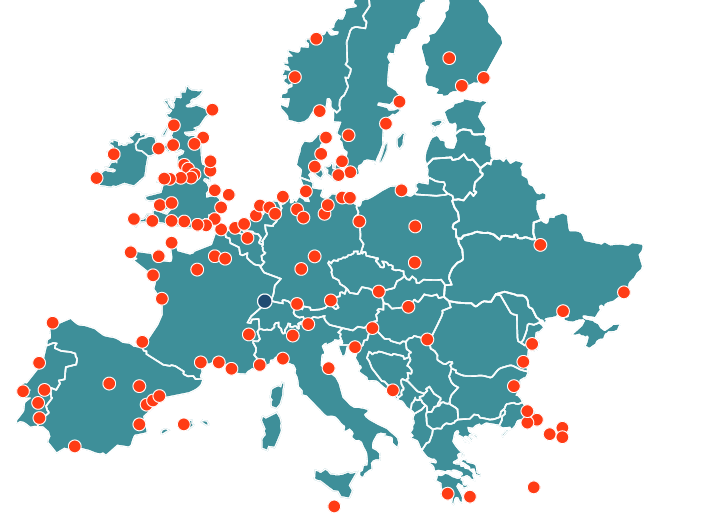 What is the innovation of the planned "Ozeanium" in Basel? What competitive advantage will the Ozeanium have?

Regarding environmental education: Never before have there been so many large aquariums in the world - at the same time, the seas have never been as threatened as they are today.

In the Ozeanium environmental education will be left behind

Aquariums justify their existence with their contribution to environmental education. However, to date there are no studies showing the educational impact and improvement in ocean conservancy. We are better off to protect species and the sea with protected areas and trade bans than with the exhibition of a constricted life in a glass tank. Fish exhibited in glass vessels with charts is no longer an acceptable pedagogical concept in the 21st century.

Despite the destruction of coral reefs, the aquarium industry continues to grow. Since 2003, about 24 million coral fish, 12 million corals and 10 million invertebrates are traded worldwide (1). Today, there are likely to be significantly more, because there is worldwide about 1,000 large aquariums (excluding aquariums in zoos be counted) (2) and over 2 million private marine aquariums (6). The turnover of the total industry amounts to 15 billion US dollars per year, as stated by FAO (3).

The Ozeanium implies that it is ethically justifiable to catch and transport wild animals from the reef - despite high loss rates - and to lock them into glass tanks, disregarding their needs. This should further promote the dissemination of private marine aquariums. Never before have there been so many large aquariums in the world. At the same time, the seas have never been as threatened as they are today. Obviously, this kind of pedagogy is not effective.

In an increasingly fast-paced world the importance of positive role models cannot be stressed enough. They provide support and orientation, create meaning and motivate towards positive engagement. Can the Ozeanium be a credible example of sustainability and conservation? Can the Ozeanium be a model for ethically acceptable use of natural resources in our world?

The number of visitors to marine parks across Europe is in habitual decline. Basel would invest in an obsolete model.

The planned "Ozeanium" expects approximately 650,000 visitors per year. However, a comparison with similar large aquariums with a larger catchment area casts serious doubts. SEA LIFE in Munich, in a metropolitan area of 5.7 million inhabitants, registered 660,000 visitors in the opening year (2006). Today, the number is pruned to 350,000 visitors per year. Likewise, the House of the Sea in Vienna, in a metropolitan area of 2.6 million inhabitants, recorded only 567'311 visitors in 2014. According to the Federal Office for Spatial Planning, the Metropolitan Region of Basel comprises around 1.3 million inhabitants. On the basis of the figures of Munich and Vienna it can be estimated that the planned "Ozeanium" will generate approximately 200,000 to 300,000 entries a year in Basel. That figure would have been higher in the past.

Case study: Ozeaneum of Stralsund, opened in 2008, and was voted "European Museum of the Year" and is one of the most visited aquariums in Germany. Within five years, Ozeaneum Stralsund recorded a visitor decline of more than 250'000 entries, or more than 30 percent. 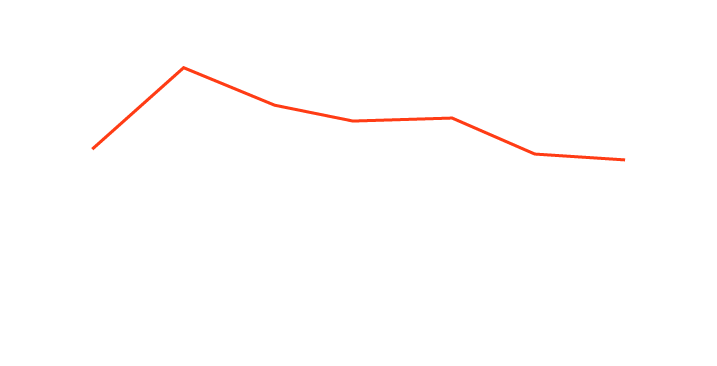 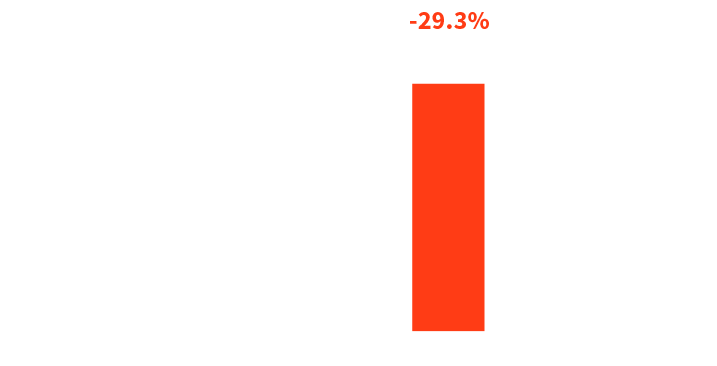 In response to the continuous decline in visitors, Marine parks are always trying to offer new attractions. The SEA LIFE in Constance and the Blå Planet in Copenhagen are discussing expansion buildings. A planned expansion in the Ozeaneum in Stralsund was rejected by Germany and the state of Mecklenburg-Vorpommern in 2013 after a profitability study.

In Basel, expansion buildings would hardly be possible to increase their attractiveness. The "Ozeanium" could only show new species in existing aquariums. However, such an approach is likely to be made more difficult by increasingly restrictive provisions on import and maintenance.

On what assumptions the "Ozeanium" predicts 650 '000 admissions per year? What is the decline in visitors over the lifetime of the "Ozeanium"? To what extent can the zoo shoulder this decline by itself? When will third parties have to step in financially? Does the city of Basel have a deficit guarantee?

Basel has implemented many visionary projects in the economic and cultural sphere. Each of these were intensively interrogated and weighed in regards to their future impact on the city. Basel has traditionally implemented projects that are future progressive. With the planned Ozeanium, the city of Basel takes a big step backwards. This is not only because it invests in an end-of-life model, which affects it economically and ecologically, but it also promotes a species-centric attitude, causing the suffering of other living creatures, for the purposes of human education and entertainment. Sign this petition and help conserve our global environment!